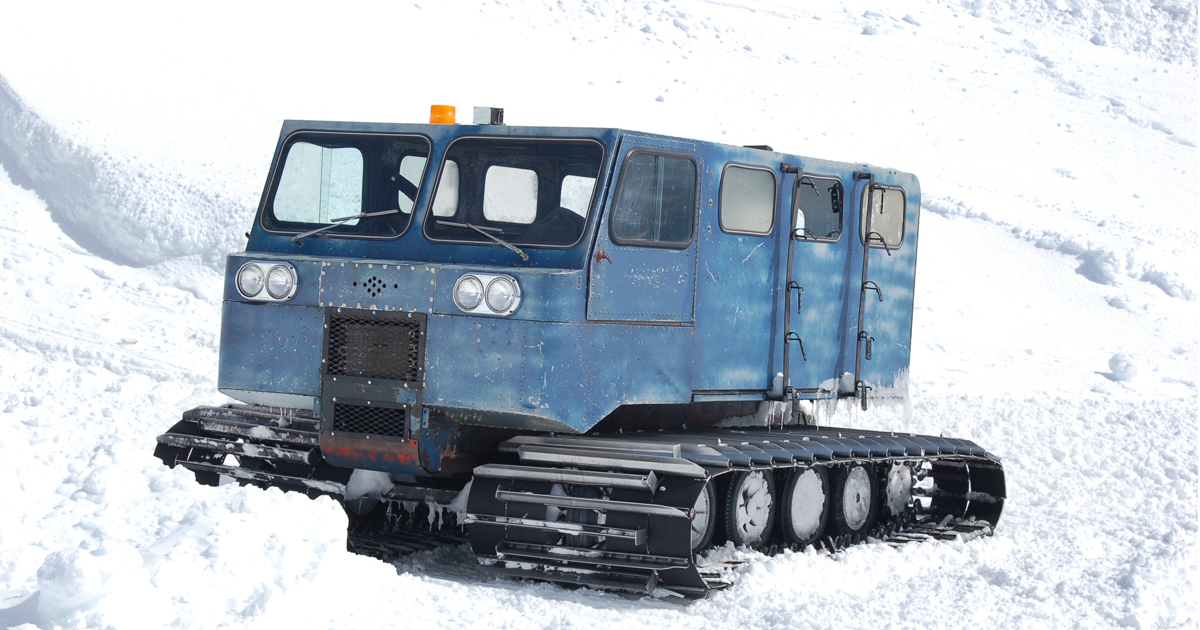 The Thiokol snowcat is a bit of a unique one. From the company history to the potential future that lies ahead, there’s a great deal of interesting information, especially for those interested in the ski and grooming industry. These possible futures are of particular interest to anyone invested in knowing where the market’s headed and what brands will continue to flourish.

Origins of the Thiokol Snowcat

The Thiokol snowcat was, of course, invented and manufactured by a company known as Thiokol. However, what makes this bit so interesting is that people may know Thiokol for something other than the snowcat. Thiokol is a company that primarily deals with aerospace technology and rocket science. How and why did a company that has worked with NASA decide to create ski equipment, including their own snowcat?

Throughout the company’s history, Thiokol has thrived in the field of space science and rocket building. However, Thiokol also produced their fair share of ski equipment, from chairlifts to snow groomers, which includes the Thiokol snowcat. The key thing that sets these snowcats apart, however, is why they were made in the first place.

The ability to traverse through snow is critical to a number of different groups and companies, so it’s perhaps not much of a surprise that these snowcats were originally used—not by ski resorts or winter enthusiasts—but by the United States Air Force for missile transportation. As the Air Force knew that Thiokol was already working with the military and other portions of the US government for space travel, it placed trust in the company to make them equipment to help mission-essential personnel and missiles travel through snowy terrain. 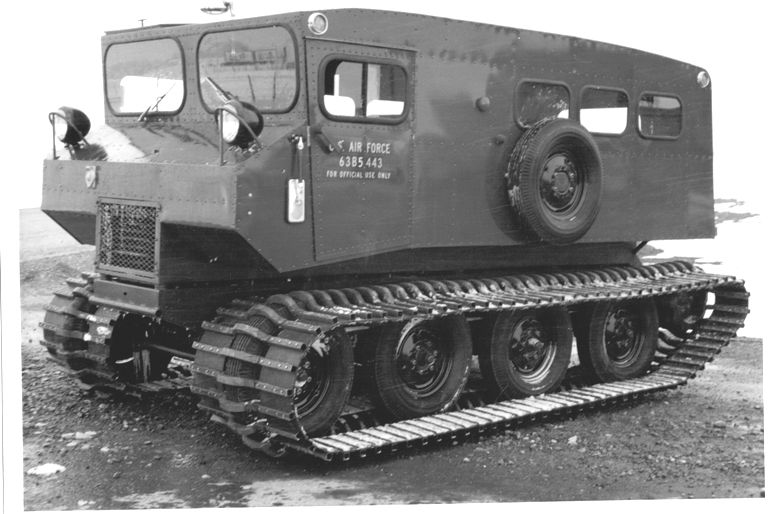 In fact, the Thiokol snowcat was not used at ski resorts until after the vehicles were already designed and distributed. Of course, it didn’t take long for this brand of snowcat to catch on and become well known within the ski industry, even if the company didn’t manufacture a variety of models like other similar companies. Still, in 1978, Thiokol decided to return its focus to rocket science and related fields, and Thiokol ski equipment was split into a separate company. This company was purchased by John Z. DeLorean, the very same John DeLorean who developed the famous car company. As a result, the Thiokol snowcat was now owned by the DeLorean Manufacturing Company, also known as DMC.

Under DMC, these snowcats were produced and used by ski resorts, work crews, and snow groomers for many years. After DMC was rebranded to the Logan Machine Company, or LMC, Thiokol snowcats remained in production, even as competition in the industry began to rise. However, after decades of operation, LMC filed for bankruptcy in the year 2000. At this juncture, snowcat blueprints were purchased by the Peterson Equipment Company, which continues to sell and repair used snowcat models to this day. 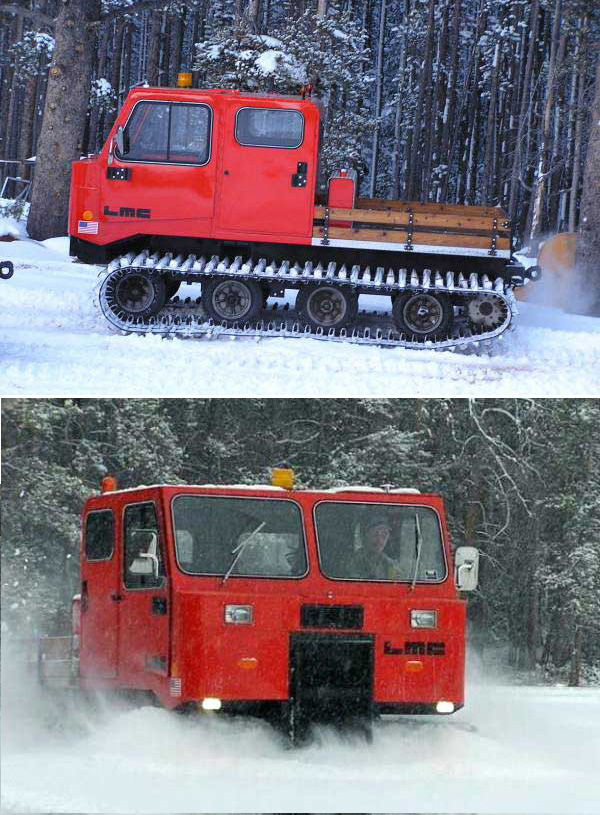 Modern State of the Thiokol Snowcat

Today, the Thiokol snowcat remains a recognizable brand name, even with its complicated and unique history. Many models, whether they were originally made by Thiokol, DMC, or LMC, remain in use today. There is also a thriving used market for these models. This is a testament to the reliable design, as well as the fact that these snowcats are prime for operation, maintenance, and repair even as newer brands circulate the market. The manufacturer’s designs were created to utilize generic equipment that’s easy to replace or upgrade, meaning that unlike many other old school vehicle companies, it’s not difficult to find the specific parts needed to keep a Thiokol snowcat in use.

At the same time, it’s important to remember that Thiokol snowcat vehicles are no longer being manufactured. In fact, no new Thiokol snowcats have been produced since the company went under in 2000. Today, models are primarily sold by third-party sellers and the legacy is kept alive primarily by snowcat and ski equipment enthusiasts. Anyone with interest in the brand can take on the task of owning and maintaining their own Thiokol snowcat or repairing a damaged one in order to resell it, but there is no new equipment entering the market. Eventually, the market will falter if all the existing models remain with owners who have no interest in selling them to anyone else.

As time passes, it’s also possible that the remaining interest in the Thiokol snowcat will fade as the vehicles become older, which could make repair jobs more difficult as well. Could this be the ultimate future these snowcats are headed towards? Or, is there another, more fortunate path they may travel instead?

The Future of the Thiokol Snowcat 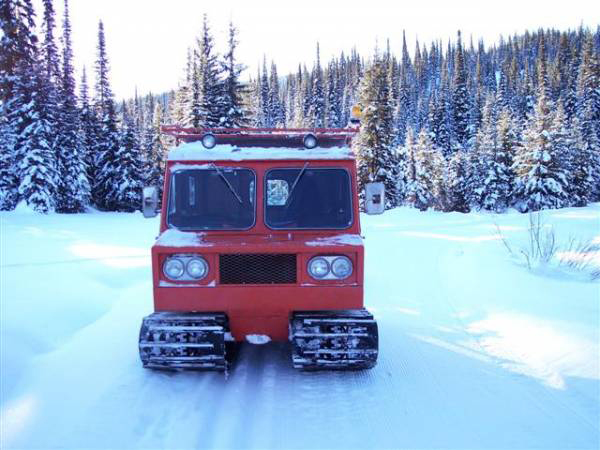 As with any consumer product, the future of the Thiokol snowcat is undecided and depends primarily on how people continue to interact with and think about the brand. To put it simply, there are many possibilities, and even industry experts are uncertain what will happen even a few years down the road. What seems like an obvious destination now may become less likely if circumstances change. However, we’ve made some educated guesses based on what we currently know about the history and modern usage of the Thiokol snowcat.

For one, the Thiokol name itself is associated with far more than just ski equipment. Their role in various scientific and space-related endeavors cannot be understated, especially as it pertains to where the future may lie for the snowcat. The unfortunate truth is that not all of these associations are pleasant ones, as Thiokol was involved in both a tragic explosion at their own factory as well as the infamous fate of the Challenger.

The company still survived for decades after these incidents and the snowcat manufacturing side of the company had long since been split from the aerospace side. However, it’s not impossible to imagine that the Thiokol name may simply carry too much baggage to save their snowcats from falling into obsolescence.

This isn’t absolute, of course—DMC and LMC have none of the baggage associated with the Thiokol name. Even if the original brand name of the Thiokol snowcat persists, it’s the other two company names that kept the brand alive into the modern day. Still, these companies have also closed, and the only company that currently has the ability to manufacture Thiokol snowcats isn’t involved in the production of new vehicles at this time. 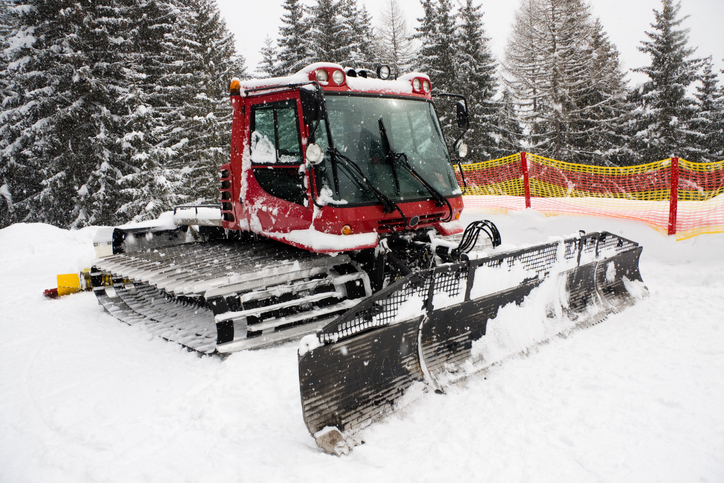 Meanwhile, the snowcat market has been infused with a number of other snowcat brands. Consider the PistenBully, which is a widely known and popular modern brand of snowcat used by many industries.

The PistenBully has the advantage of more recent manufacturing and improved technology.

When you compare the specs of a PistenBully to a Thiokol, you’ll see that even an older PistenBully has plenty of modern features, such as bluetooth technology and more space in the passenger cabin.

Could Thiokol Come Back?

It’s not all doom and gloom for the Thiokol snowcat, however. There are ways it could come back and remain a staple snowcat brand in the future, even though the original manufacturers are no longer in operation. If the blueprints and copyright are sold to another snowcat manufacturing company, or if the Peterson Equipment Company decides to start producing their own version of the Thiokol snowcat, the current status quo could wind up simply a temporary speed bump in the brand’s history. The brand can indeed be kept alive into the future if someone takes interest in putting new Thiokol snowcats back into production, especially if they’re given modern upgrades to help them compete with other popular snowcat brands.

The importance of snowcat storage and maintenance cannot be ignored. As long as these models are sold by third-party groups and maintained by their owners, the Thiokol brand will remain alive. As with many vintage products, if people remain interested in the brand, that brand will never truly die.

Thiokol Snowcats May Be Here to Stay

It’s clear that whatever ultimately happens to the Thiokol snowcat, it’s a brand people recognize and respect. As such, these models are unlikely to immediately fall into irrelevance, especially as people are still buying, repairing, and using them decades after the company went out of business. Whether Thiokol will stand the test of time or become overlooked in favor of newer and more common models is impossible to say. What’s for sure is that they remain an important part of the ski industry today, and that’s not something you can say about most vehicle brands from the same time period. 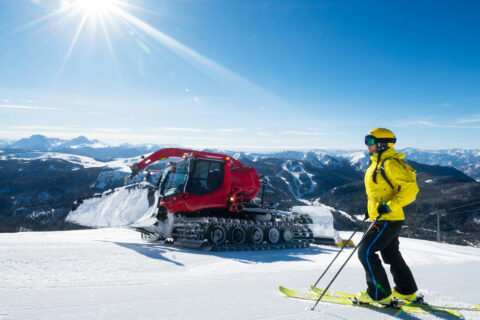 Ski resorts are a popular destination for anyone who enjoys being surrounded by a crisp, mountainous environment and loves to see these sights in… 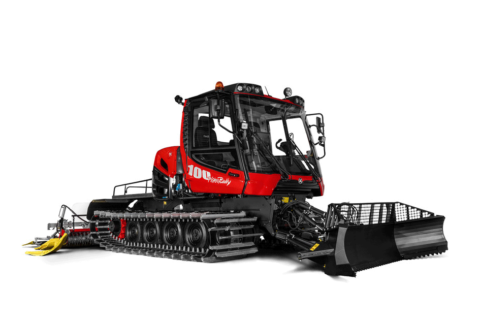 Snowcats are not only for commercial properties. Whether you own a cabin, many acres of land, or simply get lots of snow every winter,…

Read More
Back to the top